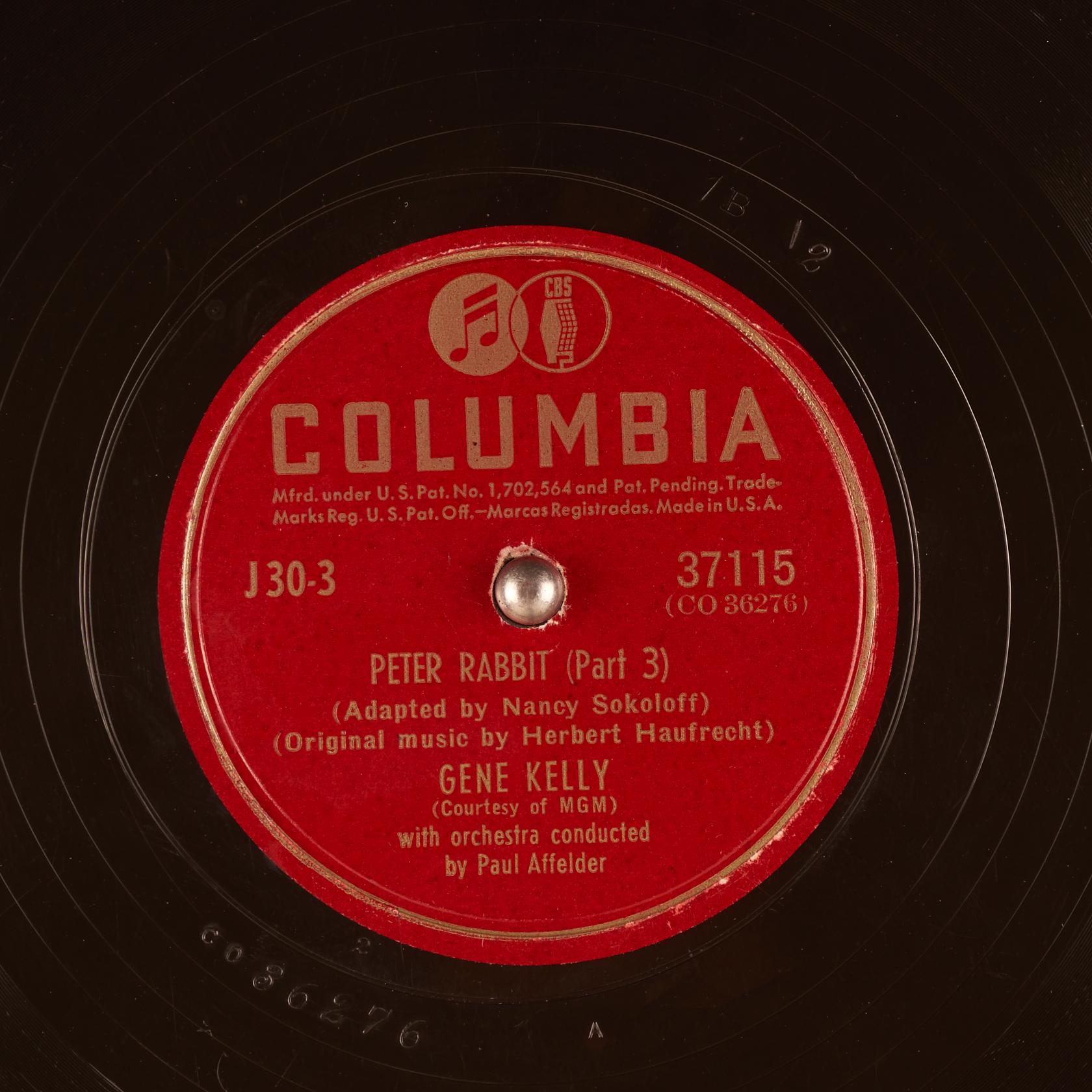 Adapted by ; Original music by ; (Courtesy of MGM) ; with orchestra conducted by.

The recording on the other side of this disc: PETER RABBIT (Part 4).

Technical Notes: Dupe of barcode GBIA0184421A, but this side is in better condition.