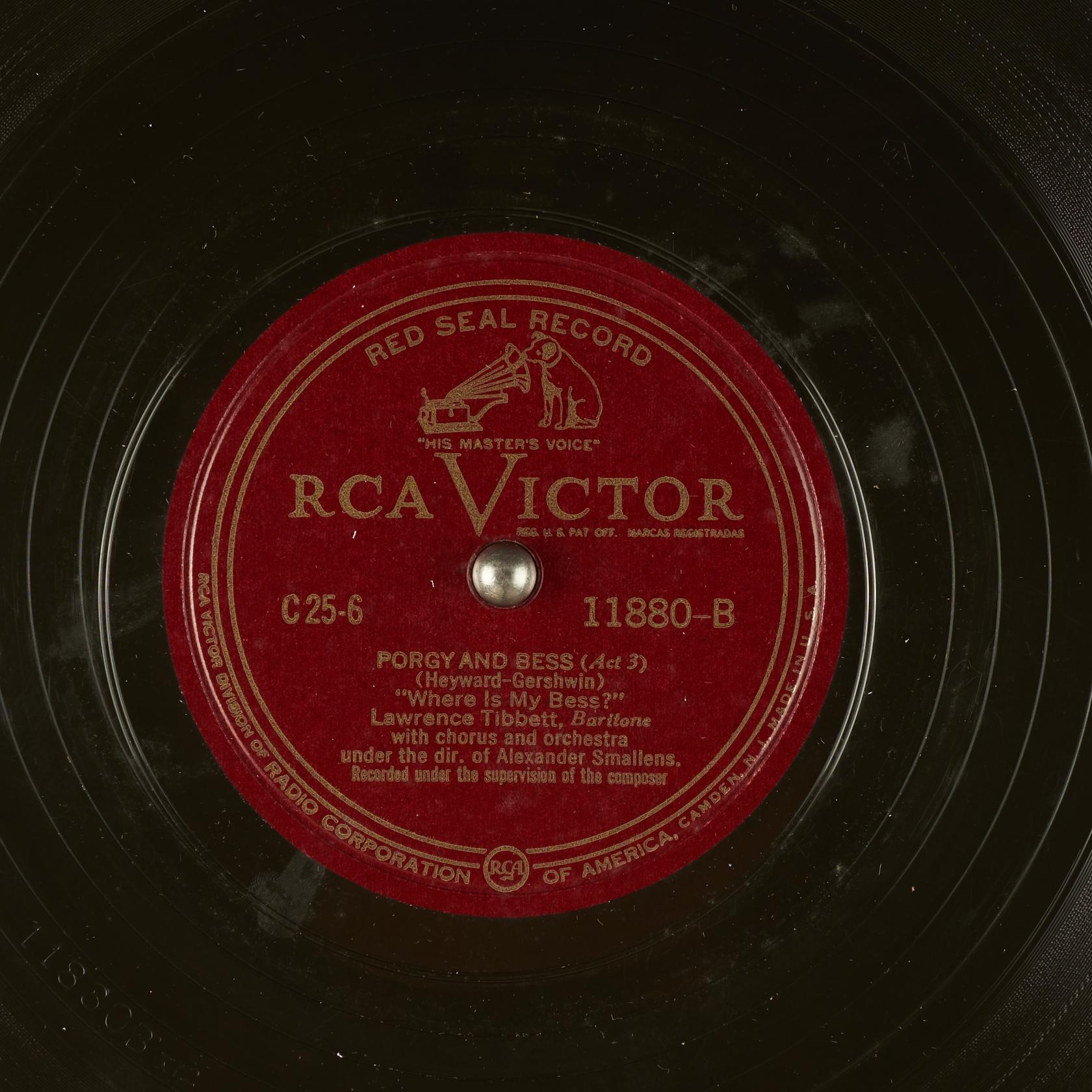 Baritone with orchestra under direction; Recorded under the supervision of the composer.

Other IDs from the record include: C 25-6

The recording on the other side of this disc: PORGY AND BESS (Act 2) - "I Got Plenty o' Nuttin'".