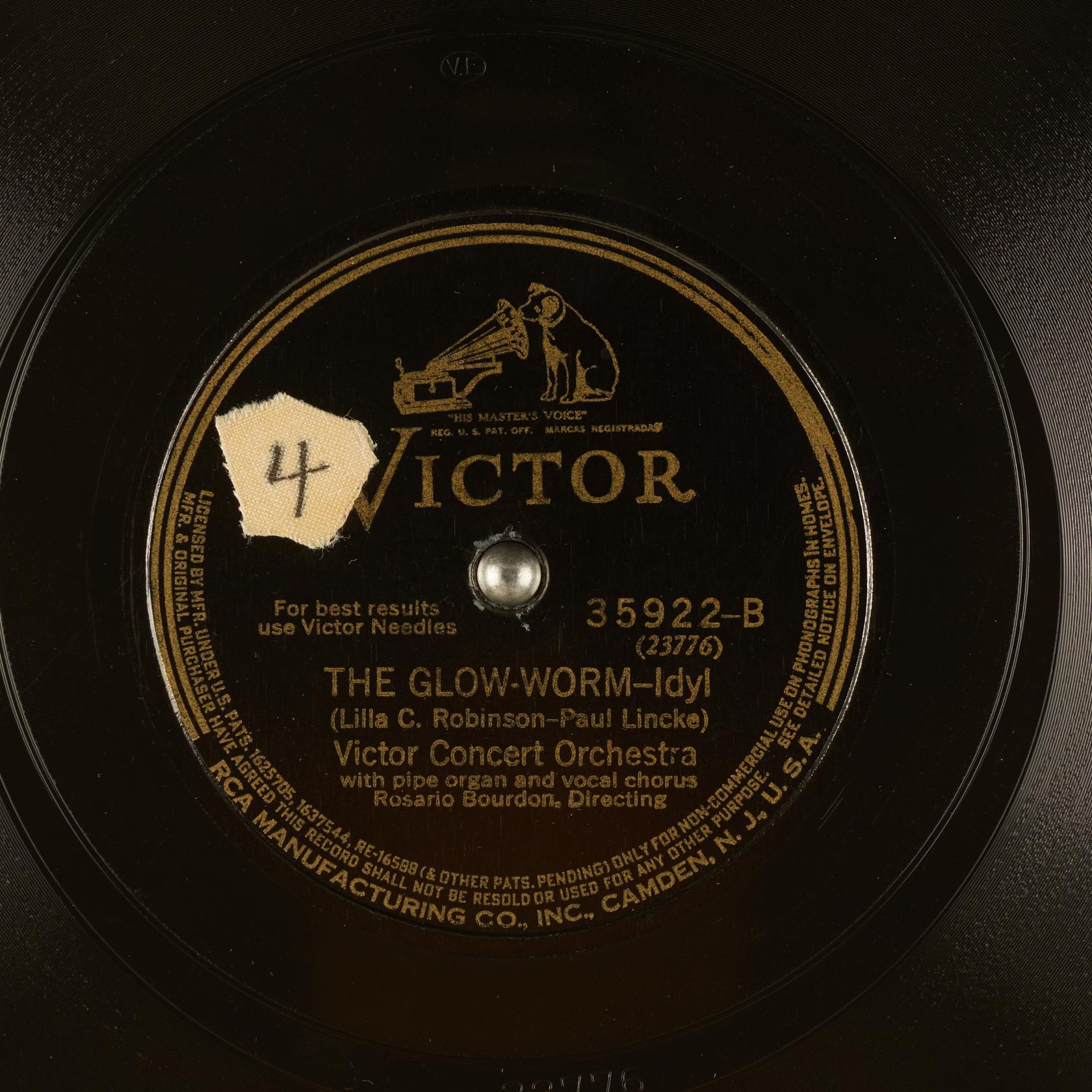 The recording on the other side of this disc: HEARTS AND FLOWERS.