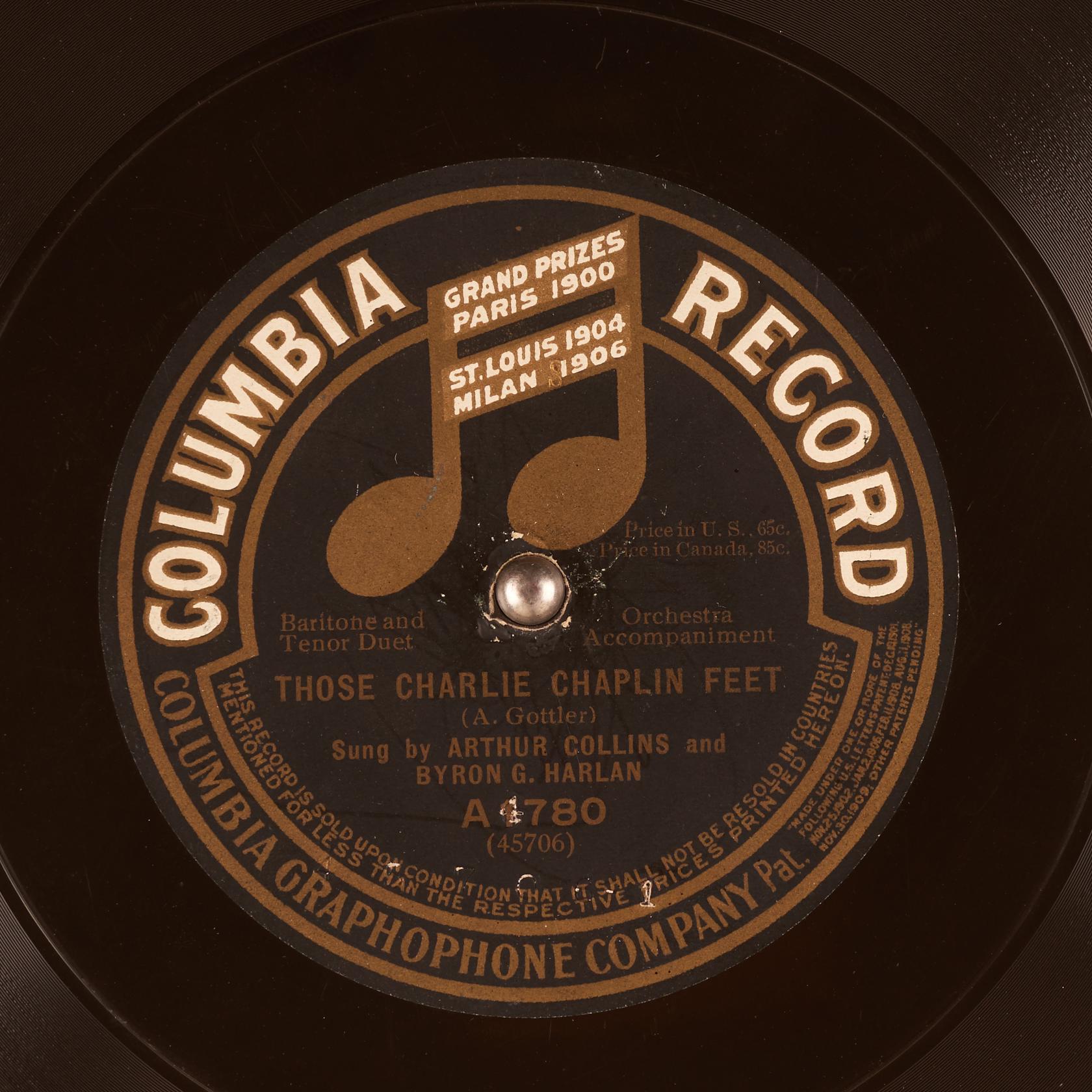 by
ARTHUR COLLINS and BYRON G. HARLAN; A. Gottler

The recording on the other side of this disc: IF YOU CAN'T GET A GIRL IN THE SUMMER-TIME.