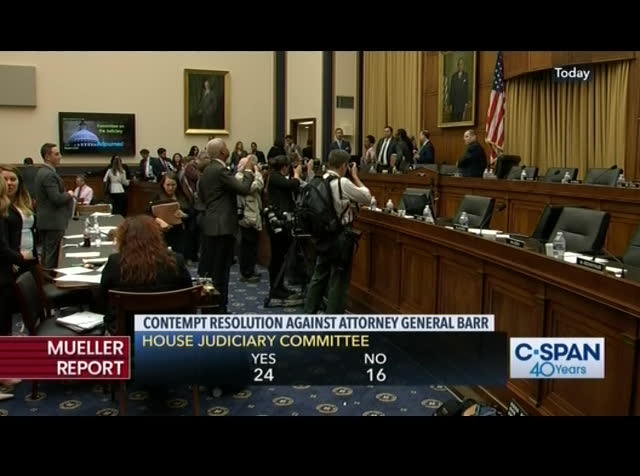 following the vote to hold attorney general barr in contempt of congress, jerald nadler spoke to reporters. he is followed by ranking member doug collins.
1:30 am 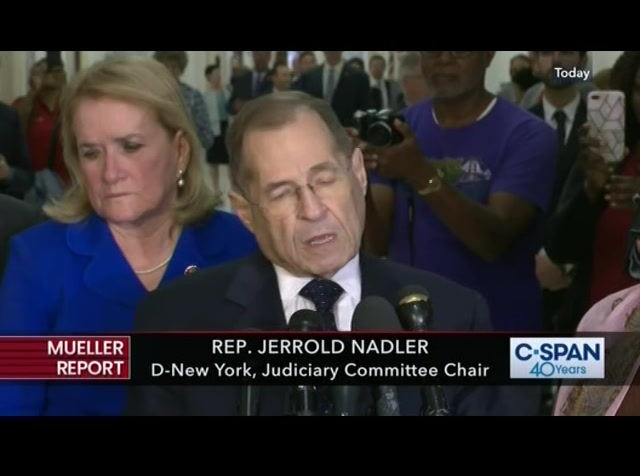 >> this was a very grave and moment us step that we are forced to take today to move the contempt citation against the attorney general of the united states. we have no choice. attorney germ barr, having proved himself to be the prnl attorney to president trump rather than the attorney germ of the united states by misleading to the public as to the contents of the mueller report, by not being truthful with congress and now he has taken arch greater step farther and turning the entire department of justice into an instrument of trump personally rather than an instrument of justice and representative of the united states. by seeking to evade to barr all subpoenas and the president said
1:31 am 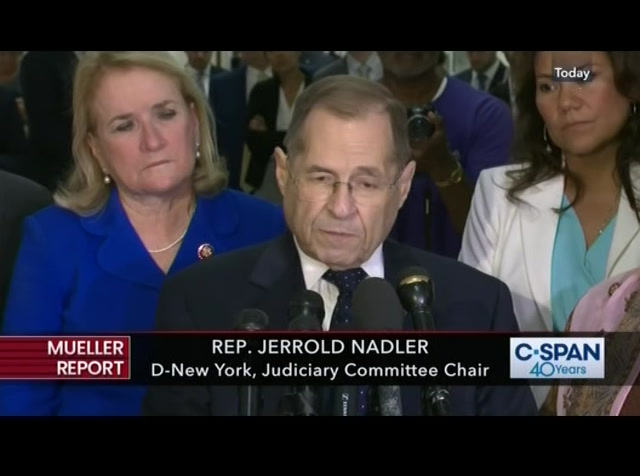 it, that they will resist all subpoenas, not just with reference to the mueller report ut with reference to anything, but reference to the department of justice that has turned around on the affordable care act, to references to investigations of security clearances to references to the decisions to tear babies away from their others at the borders. to everything, they are uniformly rejecting subpoenas from congress. this means they have decided to ppose the role of congress representing the american people. they are stonewalling the american people from all information. this cannot be.
1:32 am 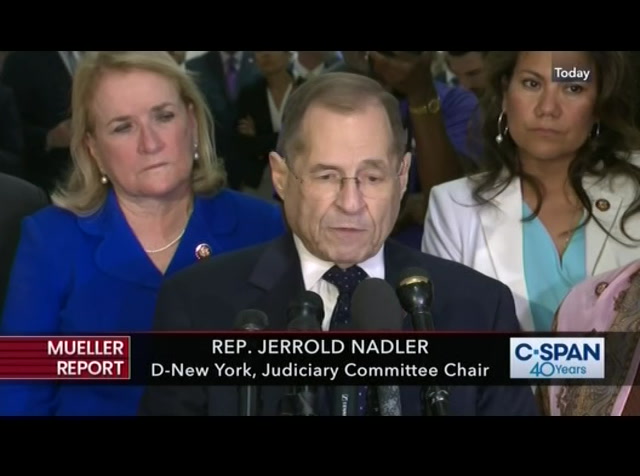 we cannot have a government where all the information is in the executive branch where the american people vr been stonewalled that they need to make decisions and know what's going on. while this is stonewalling information with respect to the russian attack on our democracy in 2016, with respect to the president's campaign, cooperation with that attack, to the president's obstructions of justice in seeking to stop the investigation of that attack, it goes far broader than that. it is an attack on the ability of the american people to know what the executive branch is doing and to have responsible government. it is an attack on the essence of our democracy and we must oppose this with every fiber of our being. that is why we today referred a contempt citation to the house floor. the house will have to vote that
1:33 am 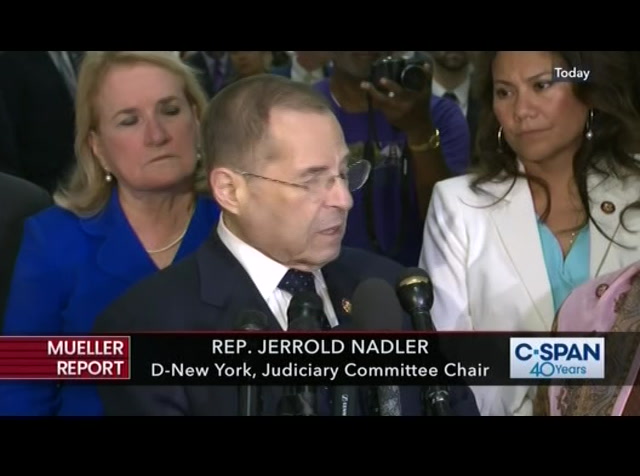 contempt citation to begin the ourt battle. there can be no higher stakes than this attempt to abrogate all power to the executive branch and away from congress and the american people. we talked for a long time about approaching a constitutional crisis. we are now in it. we are now in a constitutional crisis. benjamin franklin in 1787 was asked when he exited the constitutional convention, what type of government have you given us, sir? and he said, a republic, ma'am, if you can keep it. now is the time of testing whether we can keep a republic or whether this republic is estined to change into a
1:34 am 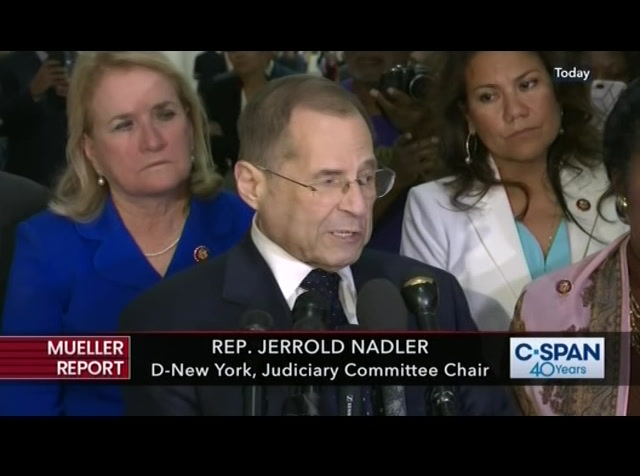 different or to radical -- more to radical -- tyrannical form of government. this is whether we can put limits on the power of the president, any president, and the executive branch, and hold any president accountable. that is what is at stake here. we cannot flinch and we will not flinch. if you are in a constitutional crisis, why are you resistant to moving forward with impeachment? >> i'm not going to talk about impeachment, but the short answer is that may not be the best answer in this constitutional crisis. a lot of considerations for that. that may not be the best nswer. >> this will go to the floor rapidly. i don't know whether it is next week or not, but it will be soon. e will see what happens.
1:35 am 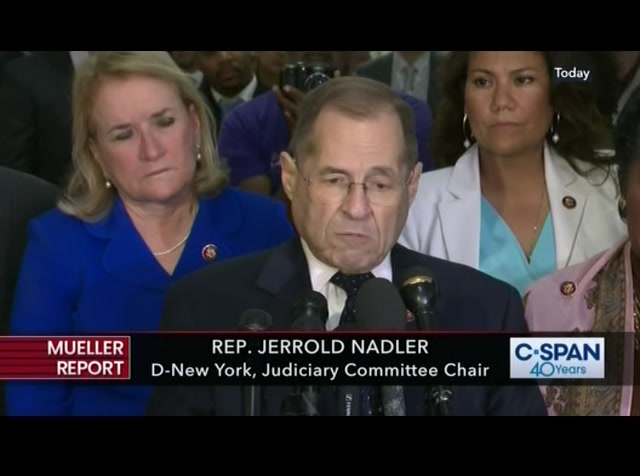 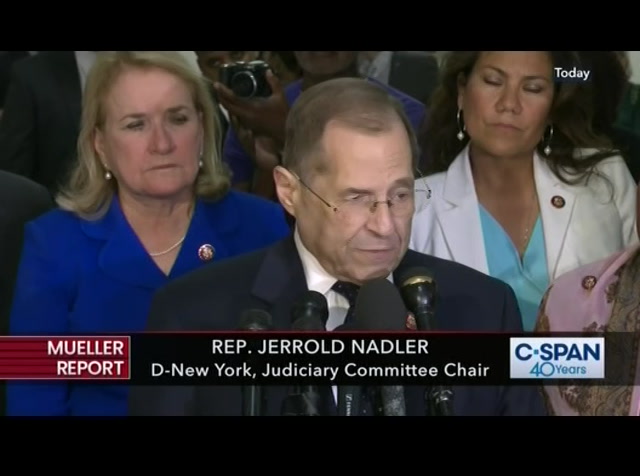 they were private conversations between the president and his advisers and the supreme court ruled 8-0 that the interest of the public and justice and accountability outweighed the interests of the presidents privacy and ordered the tapes revealed. of course, then that led to nixon's resignation. umber one. number two, executive privilege is designed to get candor by the presidents advisors to advise him. once that has gone public, once the president has said it is ok to share those conversations or that evidence or whatever with the mueller investigation, with our private attorney, with whoever, once it has been published, there is no more privilege because it is done already. everything we have requested, the unredacted parts, all the materials, all the material we requested in various subpoenas, none of it is privileged because all of it they waived privilege by enabling it to go public to robert mueller or whoever. t is a nonsense claim.
1:37 am 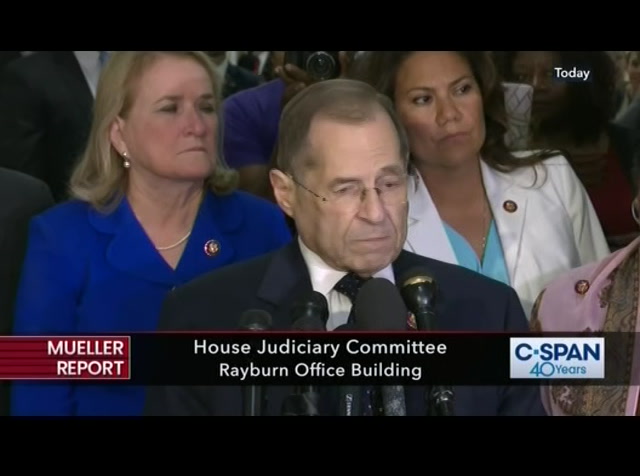 we will win these court fights because the law is one-sided. and when the president or attorney general barr or anybody else sites executive privilege in these cases, they are not being honest. they are not being honest because there is no real claim t all. >[inaudible] >> it will probably be civil contempt. don't want to answer that question because i'm not sure we won't. that's right. you said that the president has rdered robert mueller last week [inaudible] . > yes.
1:38 am 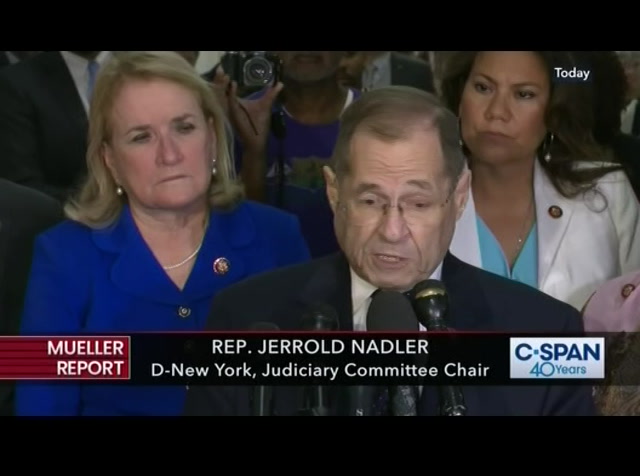 it obviously puts a lot of pressure on him. the discussions are ongoing. hey are ongoing. >> will you ask a judge to appeal the grand jury materials? >> yes, we will. in every prayer case, the attorney general has joined the udiciary committee or congress in asking for grand jury material. in every davis case -- in all the major cases, that has been granted. this attorney general has simply said he won't do it. he has not given a reason. he's not given a reason why he's breaking precedent and has not said he will oppose it, but he as said they will oppose it or take no position. but in every previous case, the attorney general has joined the committee in requesting the release of the grand jury information.
1:39 am 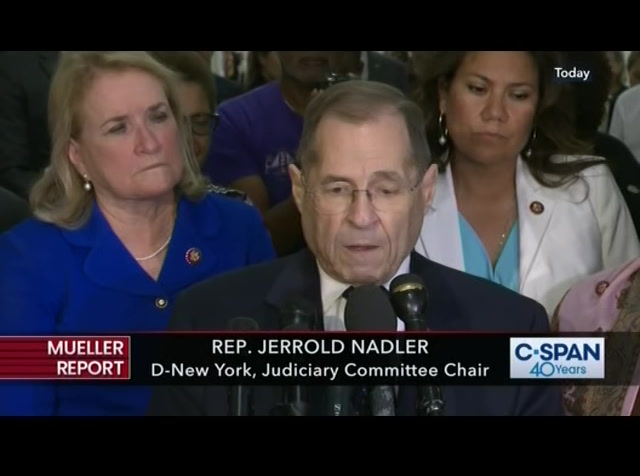 it has always been granted. the committee has handled it responsibly. it hasn't leaked. it has been used properly. when will you issue a subpoena for the other four white house fficials including hope hicks? >> when it seems most advisable. >>[inaudible] >> of course we are concerned. we are concerned that the president's declaration and the apparent intention to deny all information is going to be a chilling effect or more. remember, in every case that people have talked about, whether it be former attorney general holder or last year when this committee under republicans demanded all sorts of grand jury information and fbi interviews and were given 880,000 pages, in
1:40 am 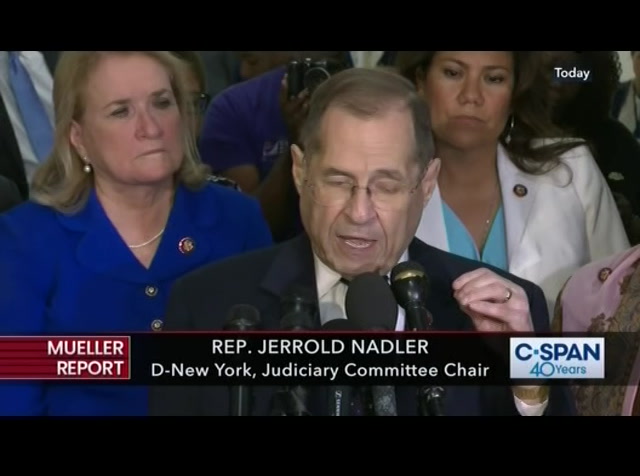 every situation there has been an accommodation and more or less information given. this year, we have gotten not one page of information in respect and reference or response rather to any subpoena, nor has any other committees in the house. there has been not one single page given. total stonewalling of congress, total stonewalling of the american people. that is powersertion of tyrannical by the president and we cannot stand for it. the american people have to have the government stand for them. that means the president and the ongress. >>[inaudible] >> i see this as fact gathering which may or may not lead -- i said this many times. we need the facts. we need all the
left
right
Borrow Program
tv