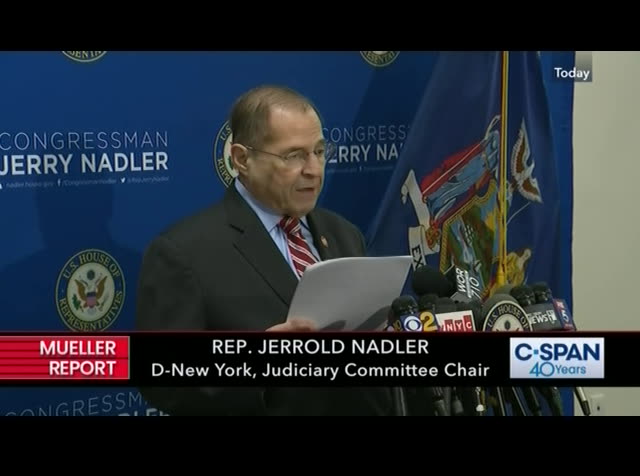 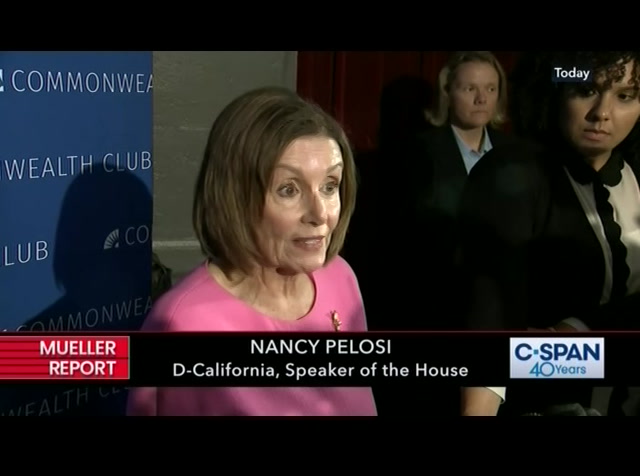 is necessary for robert mueller to testify? >> yes, i think it would be useful for him to testify before congress. -- very clearly stating russian-made and assault in our election. that is an attack on america. he also was clear in saying if you thought the president could be cleared, he would have cleared him, but he didn't. that is very clear. he has given us an array of facts that we will take to the congress and to the court as we look forward as we investigate and litigate. but i do think it would be important because the american people still have not seen an unredacted mueller report. while he may have felt these
12:21 am 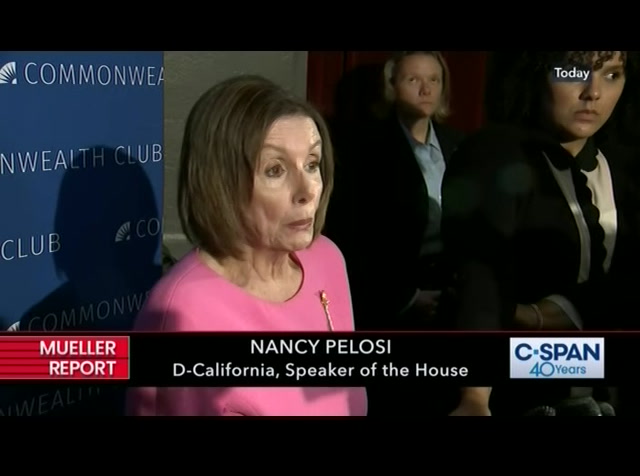 were the priority points to make to the public, that there may be questions relating to these facts that members of congress would have. i still hope you would come before congress. seemed reluctant, he wouldn't go beyond the report. what would you hope to get tomorrow in the testimony? speaker pelosi: i think there is clarification and confirmation, the report has been misrepresented grossly by the attorney general. while i have the utmost respect for special counsel mueller and ie work he and his team did, have disrespect for the attorney general for speaking untruth, and in addition to that, misrepresenting in his spoon fed choosing of words with the mueller report was about.
12:22 am 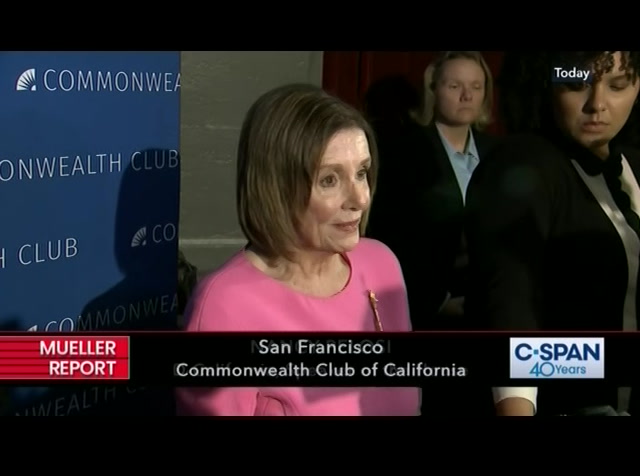 truth a disservice to and to the country. reporter: you said you would not pursue impeachment proceedings -- speaker pelosi: i didn't say that. i said we were on a path that we told hope if it is justified have impeachment, it would be cleared to defend it as well. the decision to go down this path will be determined by the facts and where they take us. thank you for your question to clarify that. we take this one step at a time. the judiciary committee, the committee of jurisdiction, they will make their decision about how they want to pursue jerry nadler and the members of the committee informed. i trust their judgment about how we would go forward.
12:23 am 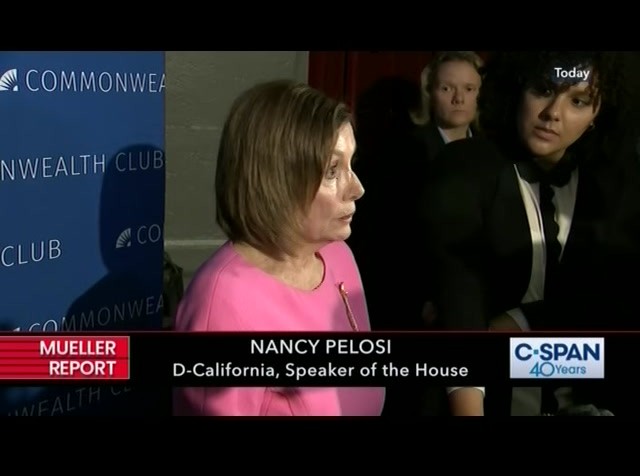 reporter: it seems like the democrats are starting to move in that direction. do you agree with that? speaker pelosi: i don't think it's things like that. i think a lot of them don't have a vote in the house of representatives. i have complete respect for them , and the sentiment in the country for impeaching the president, but i also know to get the result, he have to get the facts. the american people deserve the truth. a few't be swayed by people who think one way or another, were running for president, as much as i respect all of them, and they have the freedom to speak for impeachment, we have the responsibility to get a result for the american people. reporter: if you were to read between the lines, is there anything between the lines?
12:24 am 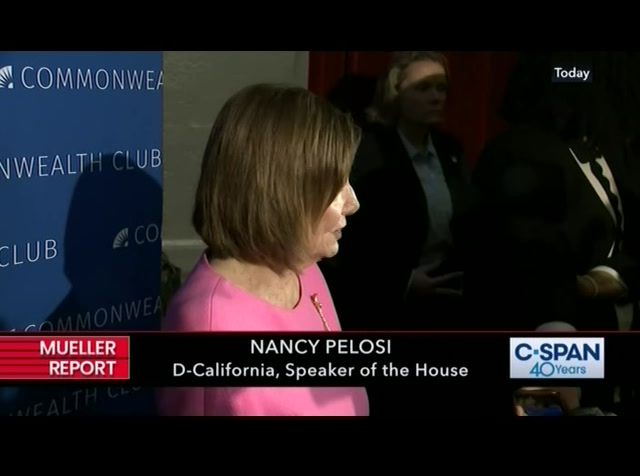 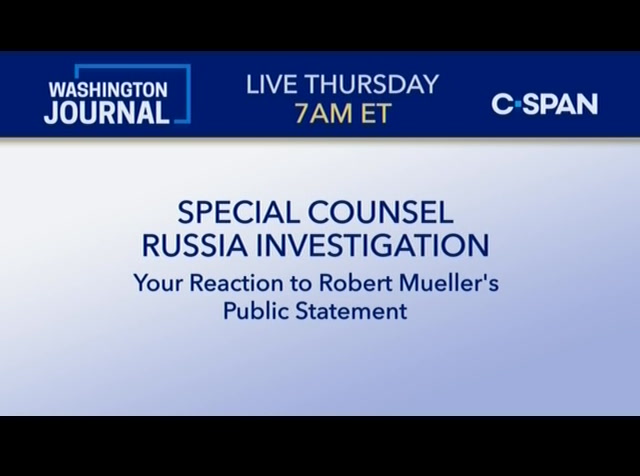 held accountable one way or another in the court of public law, or in the court of in the congress of the united states. thank you thursday's "washington journal with tw hours of reaction to the statement. calls and youour join the conversation on twitter and facebook. we are live starting at 7:00 a.m. eastern on c-span. live thursday on the c-span networks, president trump speaks at the air force academy commencement in colorado springs at 12:30 p.m.. discussion ona russia's role in the middle east.
12:26 am

on c-span2 at 9:30 am a look at standards and oversight for artificial intelligence. at noon, a forum on athletes and activism most -- hosted by the atlantic. on c-span three at noon, a look at budget priorities and tax revenue. at 1:30 p.m. the acting deputy secretary of defense talks about the pentagon $750 billion budget request. stacey abrams was the 2018 democratic nominee for georgia governor. a race she lost. this year, she was the speaker at american university in washington. washington.
left
right
Borrow Program
tv