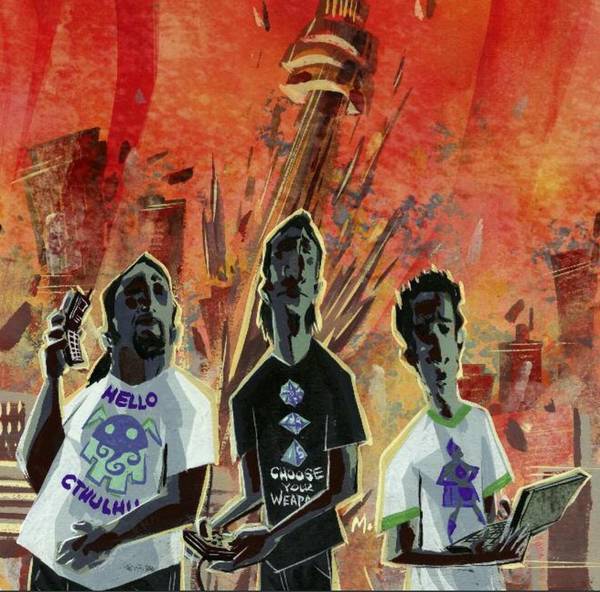 In this special Covid-19 edition of my podcast, I revisit my end-of-the-world short story When Sysadmins Ruled the Earth, originally published in Baen's Universe in 2005. Hundreds of people have emailed and tweeted me about this story this week, so I thought it was long overdue that I revisited it (I last read it into my podcast in 2006).

Sysadmins is a story about civic duty at the end of the world, about the network admins who decide to keep the internet running even as the apocalypse rages. It's a story about mutual aid, human goodness, and real disagreements among people of goodwill. I hope it gives you some comfort.

When Felix’s special phone rang at two in the morning, Kelly rolled over and punched him in the shoulder and hissed, “Why didn’t you turn that fucking thing off before bed?”

“You’re not a fucking doctor,” she said, kicking him as he sat on the bed’s edge, pulling on the pants he’d left on the floor before turning in. “You’re a goddamned systems administrator.”

He knew she was right. He answered the phone.