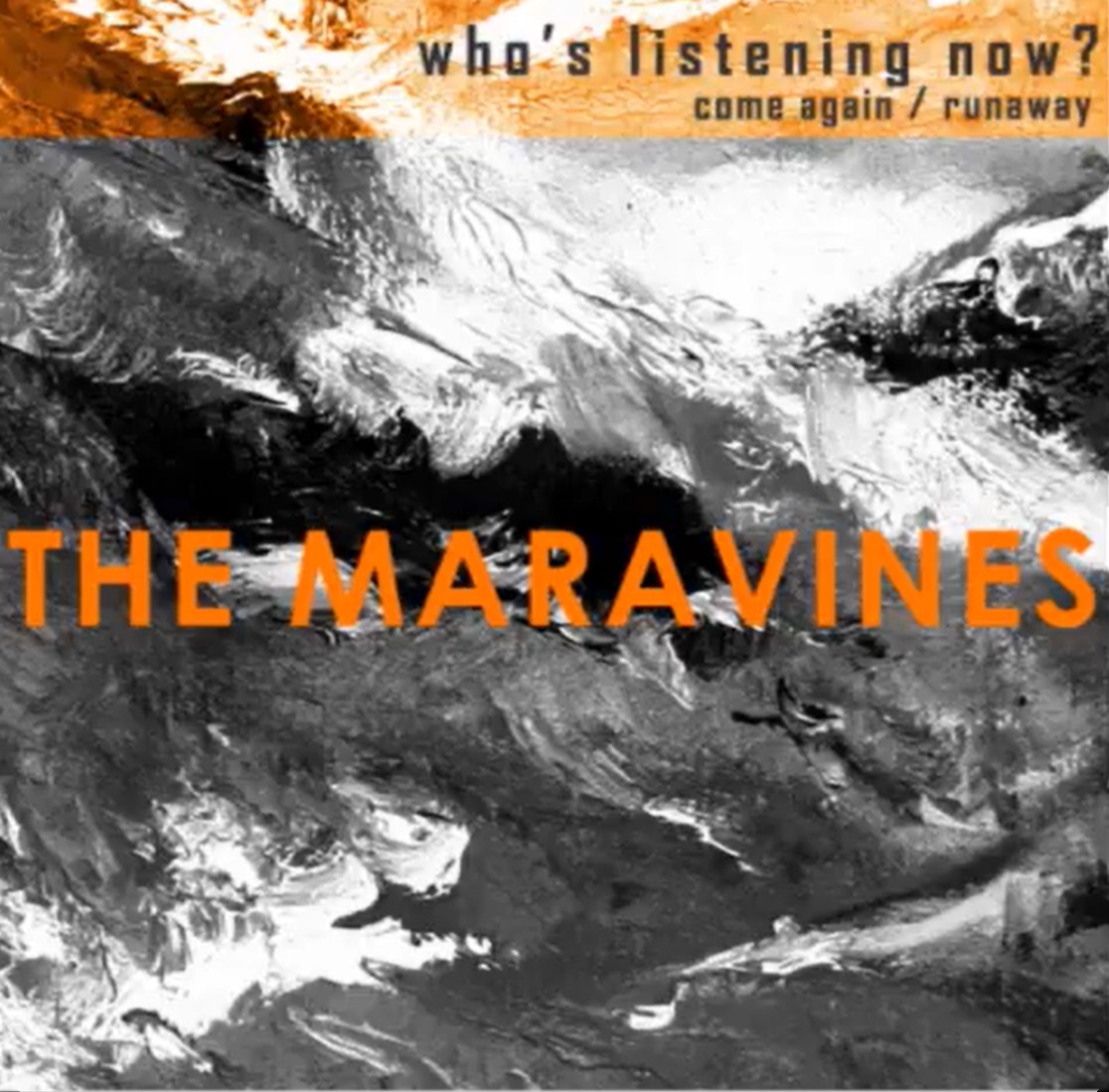 "Who's Listening Now?" is the first single that is by the Maravines. It was released as a promotional compact disc, and as an audio download, for radio airplay for the album The Maravines, on August 11th, 2013.
"Come Again" is the eleventh song on the first album by the Maravines, Pearl, and "Runaway," by Del Shannon, appears on Covers. On this single, Chris Lee plays the electric guitar, the acoustic guitar, the upright piano, the bass, and he sings. Evan Pope plays the digital piano, the percussion, he sings, and he plays the drums. Christian Zilmer plays the electric bass on "Who's Listening Now?" and Deindra Scherban sings on "Runaway." The single is on rotation at radio stations such as WVPH, and AM1700.
The information for the songs which are on "Who's Listening Now?" such as the writers, the arrangers, the musicians, and their database identification numbers are in the list.
Who's Listening Now?
Chris Lee - lyrics, songwriting, acoustic guitar, electric guitar, and vocals
Evan Pope - drums
Christian Zilmer - electric bass
Song duration 3:10, and Song number 1
IS.R.C. QM-728-17-20394
Come Again
Chris Lee - lyrics, songwriting, acoustic guitar, upright piano, and vocals
Song duration 2:51, and Song number 2
I.S.R.C. US-HM2-11-84688
Runaway by Del Shannon
Chris Lee - acoustic guitar, electric guitar, bass, percussion, and vocals
Evan Pope - vocals, digital piano, percussion, and drums
Deindra Scherban - additional vocals
Song duration 3:23, and Song number 3
"Who's Listening Now?" and "Runaway" were recorded at Prospector Studios, in Nutley, New Jersey, 07110, by Evan Pope, with additional recording by Chris Lee, from March 1st, 2013, to June 1st, 2013. The mixing is by Chris Lee, with additional mixing by Evan Pope, and the mastering is by Chris Lee; The recording, the mixing, and the mastering for "Who's Listening Now?" is made with Acoustica Mixcraft Version 5.
The album cover painting is by Irene Rzeszotarski, and the album design is by Chris Lee. © ℗ 2013 The Maravines. All Rights are Reserved. An unauthorized duplication is a violation of the applicable laws. The Compact Disc is printed in Pennsauken, New Jersey, 08110, in the United States of America. The Album duration is 9:24. The UPC barcode numbers are 8 84501 96526 2. This album is in the Public Domain.
The Single Cover.
The Single in the Case.
The Liner Page.
The Compact Disc.
The Back of the Single.
The Hinge Spine.
For more details about the copyright of this album, visit the Maravines' About webpage, and see the Rights section. To read the song lyrics, and to purchase these songs, visit the Maravines at www.maravines.bandcamp.com
Who's Listening Now? is the Maravines' second release. The previous release is Pearl, and the following release is The Maravines.
1. Flipside Radio (February 17th, 2014) "Flipside Playlist" 90.3 The Core Link
2. DJ Bluesushii (October 14th, 2021) "Breaking Bread" 90.3 The Core Link
3. Marci (March 3rd, 2014) "The Maravines - Who's Listening Now?" AM1700 Link