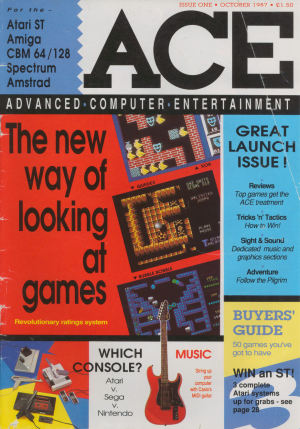 Screen Test was the games review section. Games were rated (out of ten) on Visual effects, Audio, IQ Factor, Fun Factor and an overall rating. Games were seen by all the reviewers and the overall rating, and was notable for scoring games out of 1000 rather than the usual percentage or mark out of ten. Also introduced was the Predicted Interest Curve graph where the game was given a line graph predicting the long term interest in the game over many months.