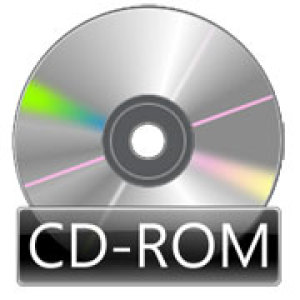 One of the most historically important artifacts to come from the home computer telecommunications revolution was shareware CDs, compact discs put out by companies containing hundreds of megabytes of shareware. Initially containing less than the full capacity of the discs (600mb, later 700mb) these items eventually began brimming with any sort of computer data that could be packaged and sold. As material "ran out", that is, as sellers of these CDs found they were unable to easily find shareware ...

This is a wide and variant collection of CD-ROM based software, that is, software that came on a CD-ROM for installation on computers, or played in consoles. Ranging from applications and games to gatherings of public-domain software or clip art, the heyday of the CD-ROM is roughly 1989 to 2001. In all cases, the capacity of the CD-ROM stayed steady at 640-700mb a side, although some used tricks to claim they had more (due to compression, or adding up both sides of two-sided CD-ROMs). Most are...

One of the most historically important artifacts to come from the home computer telecommunications revolution was shareware CDs, compact discs put out by companies containing hundreds of megabytes of shareware. Initially containing less than the full capacity of the discs (600mb, later 700mb) these items eventually began brimming with any sort of computer data that could be packaged and sold. As material "ran out", that is, as sellers of these CDs found they were unable to easily find...
Topics: Mark Fugitt, Mike Laybourn, sysop, RBBS software

"Doom WAD is the default format of package files for the video game Doom or its sequel Doom II, that contain sprites, levels, and game data. WAD stands for "Where's All the Data?" Immediately after its release in 1993, Doom attracted a sizeable following of players who created their own mods for WAD files—packages containing levels, graphics and other game data—and played a vital part in spawning the mod-making culture which is now commonplace for first-person shooters....

CD-ROM images of driver discs, installation media, and documentation companions that were included with hardware or operating systems.

In the early years of home computer ownership, magazines and newsletters might come bundled with a floppy disk to make it easier to load up programs discussed within their pages. These attached floppies (and cassettes as well) might have one or two programs on them. After the dawn of CD-ROMs, packed-in CD-ROMs (and later DVD-ROMs) expanded out into lauded utilities and games, and also included drivers, demos, promotional material (including game trailers), and ultimately could be entire...
Topics: software, magazines, cd-rom, dvd-rom, dvd, cd

The Xbox is a home video game console and the first installment in the Xbox series of consoles manufactured by Microsoft. It was released on November 15, 2001 in North America, followed by Australia, Europe and Japan in 2002. It was Microsoft's first foray into the gaming console market. It is a sixth generation console, and competed with Sony's PlayStation 2 and Nintendo's GameCube. It was also the first console produced by an American company since the Atari Jaguar ceased production in 1996.

Throughout the lifespan of CD-ROMs, a number of groups and teams throughout the world have sought to remix or modify software to allow it to be compiled in large numbers, allowing markets and locations lacking any other software distribution the tools to use their sometimes-out-of-date systems. Occasionally, these teams had branding and the cd-roms were created during "ghost shifts" of overnight hours of CD-ROM duplicators.

CD-ROMs that would provide compilations of photos or clip art, for re-use or enjoyment.

The Linux Distribution Archive is a growing collection of media for the installation of Linux on various systems from the past 20 years. Since its formation in the early 1990s, the open source nature of Linux has ensured great variation in the release of distributions, including variations on floppy disk, CD-ROM, DVD-ROM and online-only.

A collection of CDs and DVDs (as well as some accompanying files and texts) provided by game companies for the purposes of press attention. This includes collections of game asset images, screenshots, and descriptions into a CD or DVD. These are not to be confused with game press versions, where a demo or playable game is provided for review and preview; these items only give media for the use of articles.

"Exploded" CD-ROMs are CD-ROM images that have been gone through and remixed into modern playable materials, like texts, audio, video and so on, in the Internet Archive's players.

In the early 1990s, the service provider America On-Line (AOL) initiated a new "carpet-bombing" approach to acquiring new members, sending free CD-ROMs throughout the USA offering trial access to the service. This approach grew AOL from 200,000 accounts to over 22 million. Along the way, millions of CD-ROMs were produced for AOL, at one point representing 50% of all CDs being manufactured worldwide. As a result, millions of CDs landed in the world and went to all sorts of locations,...

CD-ROM-based press and information kits for a variety of media projects and movies. A staple of 1990s movies, these include clips, writings and photographs for use by online sites as well as newspapers.

Disc Station is a disk magazine published by Compile from 1988 to 2000. Originally sold on floppy disks with an accompanying print manual for MSX computers on a mostly monthly basis, it was briefly retitled Disc Station 98 from 1990 to 1992 during its initial shift to NEC's PC-98 platform. In 1993, Disc Station returned to its original name, and began being sold as a quarterly print magazine with pack-in software. From 1996 through to the final issue in 2000, the software portion was offered on...
Topic: diskmags

The Nokia N-Gage is a smartphone combining features of a mobile phone and a handheld game system developed by Nokia, announced on 4 November 2002 and released on 7 October 2003. It runs the original Series 60 platform on Symbian OS v6.1. This collection aims to preserve any software related to the Nokia N-Gage for posterity.
Topics: Nokia N-Gage, Symbian

CD-ROMs intended to promote a product, service or item. Usually included as a wrap-in with other products as a bonus.

Wayzata CD-ROM was one of the earliest publishers of CD-ROM software, primarily for Macintosh but also for the general ISO-9660 compatible platforms. After producing a flurry of products, the company went out of business in 1996.

DESCRIPTION
One of the most historically important artifacts to come from the home computer telecommunications revolution was shareware CDs, compact discs put out by companies containing hundreds of megabytes of shareware. Initially containing less than the full capacity of the discs (600mb, later 700mb) these items eventually began brimming with any sort of computer data that could be packaged and sold. As material "ran out", that is, as sellers of these CDs found they were unable to easily find shareware programs and files, the hunt began to track down every last file and item that could make the quarterly or monthly quota. As a result, many otherwise-lost pieces of computer history were gathered up in the trawling nets of these individuals and companies and were preserved for future generations.

Some computer bulletin board services would attach banks of CD-ROM drives to their machines to allow users to access the discs, allowing the system operators (SysOps) to claim the BBS had thousands of files available. For this market, CD makers would declare their CDs "BBS Ready", meaning an easily-readable directory of file descriptions was located on the CDs to be read by the BBS software.

While many of the CDs contain shareware programs, a number branched into music, graphics, animations and movies. Additionally, the advent of an internet open to the general public heralded massive collected sets of files which CD makers happily mirrored and made available to the BBS market. Eventually, as operating systems like Linux and FreeBSD became more widely available, CDs were perfect distribution mechanisms for the very large libraries and file collections associated with them.

A number of the initial CD images for this collection came courtesy of the CD BBS of Twin Falls, Idaho, operated by Mark Fugitt (sysop) and Mike Laybourn (remote sysop). The system used a Harris 286 CPU operating at 20MHZ, two 65 Megabit Seagate RLL hard drives and a Dennon CD player that used a "cart" to hold the CD. The BBS was started using RBBS software, a single phone line with 2400 baud modem and a shareware CD.