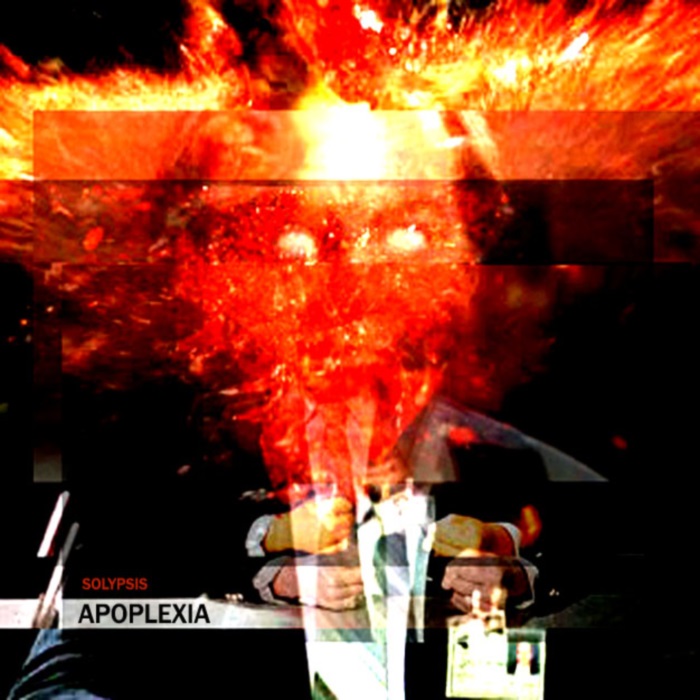 (ENDE116) Solypsis - Apoplexia
US harsh noise/industrial smasher Solypsis returns to ENDE Records with his most abrasive and uncompromising album yet!
"Apoplexia" 10 tracks of mostly harsh noise and digital apocalypse. Broken up by noisebeat anti-music compositions. Unlike most of his releases there's no fine line between the industrial beat and harsh noise stuff. It's mostly harsh noise. Although between opener "The Set Up" and closing industrial hip hop track "Fuck Everything. Fuck It Dead" it's noise that leans in different directions and has a humour and emotive response that varies from track to track. Such as the tongue in cheek "Guitar God Part 1" which may be inspired by a recent Facebook post he made about an experience in a guitar shop where the staff couldn't understand his need for pedals not to use for a guitar.
Solypsis has been touring around the US in 2015 and has released a number of cassette splits, online releases and recordings including on his new label "Dismissive Records". He's also been remixed by the likes of JK Broadrick, Terminal 11, Datarapist, Meat Beat Manifesto, Hard Off, Cevin Key and Somatic Responses to name a few.
Harsh noise is not something we get a lot of at ENDE Records but when we do it's got to be something really good. A noise terrorist like Solypsis is not only experienced at making harsh noise albums but understands that being "harsh noise" doesn't mean you can't make a great album that moves like one.
And here he's succeeded in that quite masterfully.
SOLYPSIS:
soundcloud.com/solypsis
www.facebook.com/pages/Solypsis/140736945953730
www.discogs.com/artist/138751-Solypsis
dismissiverecords.bandcamp.com
credits
released December 12, 2015
All tracks by Solypsis. Produced in 2015.