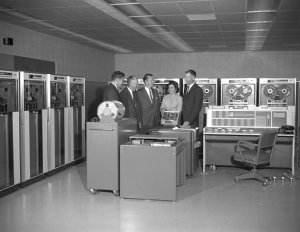 Folksonomy: A system of classification derived from the practice and method of collaboratively creating and managing tags to annotate and categorize content; this practice is also known as collaborative tagging, social classification, social indexing, and social tagging. Coined by Thomas Vander Wal, it is a portmanteau of folk and taxonomy.

Folkscanomy: A collection of books and text derived from the efforts of volunteers to make information as widely available as possible. Because the metadata...

Taken from a 4 CD-ROM set created by Apple in 2000, this is a collection of data sheets and information on Apple Computer products for use by Sales and Promotion. They run the full line of products available from Apple at that time.

Books related to the Commodore Amiga family of computers. Subjects covered include programming, software, and hardware.

Books and writings about the Amstrad CPC family of computers.

Books centered around the Apple, Inc. family of computers, including the Apple II, Macintosh, OSX and Macbook series.&nbsp;

Books related to the Atari line of computers, including the Atari 400, 800, ST, XL and XE. Subjects covered include software, hardware, programming, design, and copy protection. Scanned by a wide range of contributors. Many of these items came from the efforts of atarimania.com .

Manuals, instructions and schematics for the Commodore Amiga family of computers.

Books about the Commodore C64 computer and related models.

A collection of documents related to the operations and aspects of Commodore International. (Manuals and Books are in other collections.)

The Commodore PET (Personal Electronic Transactor) was a home/personal computer produced in 1977 by Commodore International. A top-seller in the Canadian and United States educational markets, it was Commodore's first full-featured computer, and formed the basis for their entire 8-bit product line. This is a collection of books written about all aspects of the Commodore PET.

Scanned by contributors to the Bombjack Commodore Archive (including ShadowM, Golan, DemongerX, Gene, Newtek, DMackey and others), this collection of Commodore Protection instruction books and manuals were created through the years to address software protection removal on a variety of Commodore computers, including the VIC-20 and Commodore 64.
Topics: commodore 64, piracy, protection, cracking

From the ASMIOV Apple archive of software and related materials (which itself is comprised from many other collections) comes this set of scanned manuals, flyers advertisements, press releases and tipsheets related to the Apple family of personal computers. Subject matter is mostly related to the Apple II, although other Apple-related equipment appears in great amounts as well.

Books from the Tandy Corporation, owners of Radio Shack and creators of TRS-80, Coco, and other computers.

When I Was Young..... ...I used to read a lot of computer magazines. Compute, Creative Computing, Omni and many others would either show up at my home or more likely, get bought with whatever money I was able to scrounge up. Pizza and the latest issue would be the order of the day, and I would eat my slice happily as I walked home and dreamed of computers not yet owned and software not yet purchased. One of the features of many computer magazines at the time were small postcards you could take...
Topics: Flyers, Computer History, Sales, Catalogs, Leaflets, Mailings

The box and packaging art is as important as any other part of the software that has been sold over the years; in earlier years of the computer industry, it had to serve as the entire pitch. These are attempts by many groups and individuals to capture that unique artwork, even as the software itself lives on.

The Texas Instruments TI-99/4A was an early home computer, released in June 1981, originally at a price of US$525. It was an enhanced version of the less successful TI-99/4 model, which was released in late 1979 at a price of $1,150. The TI-99/4A added an additional graphics mode, "lowercase" characters consisting of small capitals, and a full travel keyboard. Its predecessor, the TI-99/4, featured a calculator-style chiclet keyboard and a character set that lacked lowercase text.

DESCRIPTION
Folksonomy: A system of classification derived from the practice and method of collaboratively creating and managing tags to annotate and categorize content; this practice is also known as collaborative tagging, social classification, social indexing, and social tagging. Coined by Thomas Vander Wal, it is a portmanteau of folk and taxonomy.

Folkscanomy: A collection of books and text derived from the efforts of volunteers to make information as widely available as possible. Because the metadata related to these scanned books are often done outside the library or cataloging industries, finding material can be more difficult. The Folkscanomy collection attempts to add a layer of classification for easier navigation.

This collection is Folkscanomy Computer.