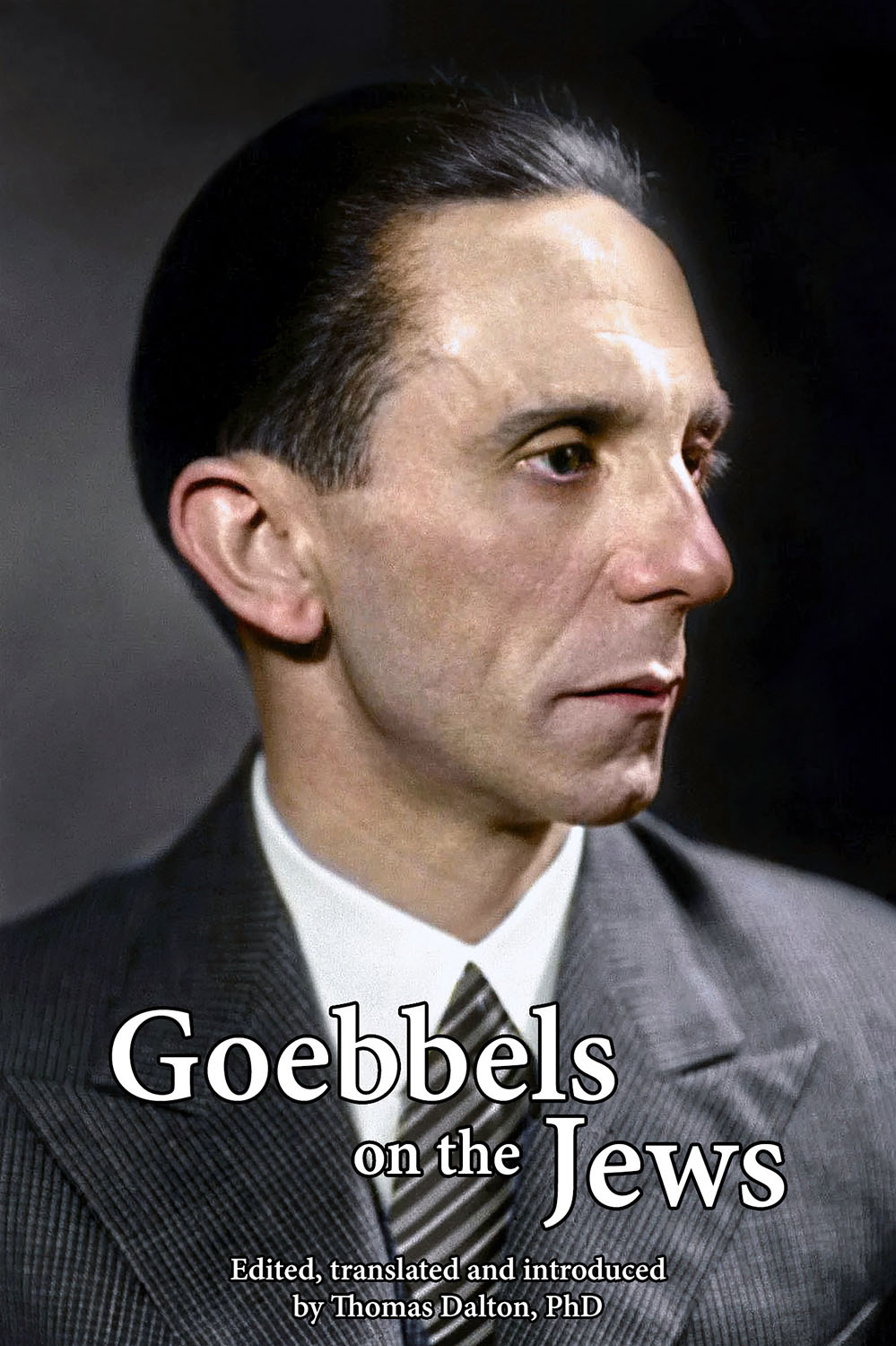 Downloads: https://mega.nz/folder/y0NhmaBR#8dMYA6haVopXXvRpvV2Pbg
https://shop.codoh.com/book/goebbels-on-the-jews-en/519/
From the age of 26 until his death in 1945, Joseph Goebbels kept a near-daily diary. In it, he recorded significant events of the day along with his thoughts and opinions on a variety of topics, most notably the Jewish policy of the Third Reich. Here we get a detailed and unprecedented look at the attitudes of one of the highest-ranking men in Nazi Germany.

Goebbels shared Hitler’s dislike of the Jews, and likewise wanted them totally removed from the Reich territory—this is the so-called “territorial solution” to the Jewish Question. The Jews would be collected into ghettos, disinfested of typhus-bearing lice, and then transported to newly-captured lands in the East. Once there, they would be detained in concentration camps or put to work as forced labor. Ultimately, Goebbels and others sought to remove the Jews completely from the Eurasian land mass—perhaps to central Africa or the island of Madagascar. This would be the “final solution” to the Jewish Question.

As such, these entries have a profound effect on our understanding of the Holocaust. Nowhere in the diary does Goebbels discuss any Hitler order to kill the Jews, nor is there any reference to extermination camps, gas chambers, or any methods of systematic mass-murder. Goebbels acknowledges that Jews did indeed die by the thousands; but the range and scope of killings evidently fall far short of the claimed figure of 6 million.

This book contains, for the first time, every significant diary entry relating to the Jews or Jewish policy. There are 178 such entries in all, in both English and German original. Entries are covered in chronological order, along with additional commentary and contextual remarks. Also included are partial or full citations of 10 major essays by Goebbels on the Jews, which bring important clarity to our understanding of his views.

What emerges is a picture of an intelligent and highly-educated man who wanted the best for his German people, and who therefore had to grapple with what he saw as the primary threat to their well-being—the Jews.