Hitler on the Jews - Edited, translated and introduced by Thomas Dalton (2019) 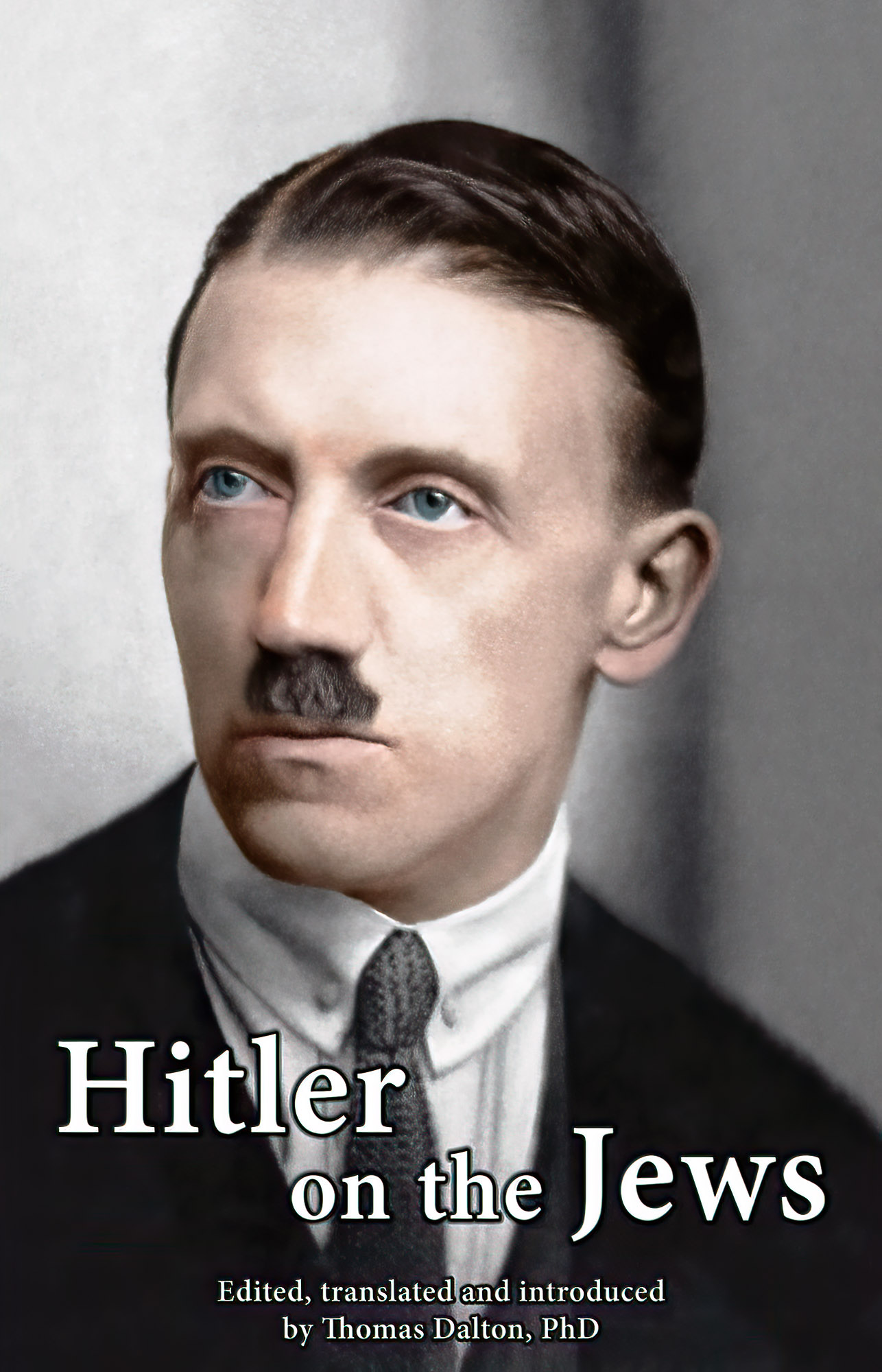 Hitler on the Jews - Edited, translated and introduced by Thomas Dalton (2019)

Downloads: https://mega.nz/folder/y0NhmaBR#8dMYA6haVopXXvRpvV2Pbg
https://shop.codoh.com/book/hitler-on-the-jews-en/512/
That Adolf Hitler spoke out against the Jews is banal in the extreme. But that this is the first book ever to compile his remarks on the Jews is nothing short of astonishing. Of the thousands of books and articles written on Hitler, World War Two and the Holocaust, virtually none of them quote Hitler’s exact words on the Jews—virtually none.

The reason for this is clear: Those in positions of influence in media, government and universities have an incentive to present a simplistic and highly-sanitized picture of Hitler as an insane Jew-hater, a blood-thirsty tyrant and the embodiment of evil. This caricature of the truth is extremely useful—if for no other reason than to batter all “racists,” “neo-Nazis,” “anti-Semites,” “bigots,” and generally anyone unfriendly to Jewish, Zionist, or Israeli interests.

This caricaturization, in turn, only works if the public is presented with a carefully-controlled and manipulated view of Hitler’s take on the Jews. His real words and his actual ideas are far more complex and sophisticated than most authorities would like you to think. Hitler was an intelligent and well-read man. He had a broad and largely-accurate knowledge of history, culture, religion, human biology, and social evolution. His knowledge, depth, and insight put to shame most any present-day world leader.

But this fact does not suit those in power today. They need the public to think of him as a semi-literate, foaming-at-the-mouth demagogue. And to accomplish this goal, they need to ensure that no one reads his actual words. Until now, they have succeeded.

Now, for the first time, this objective has been defeated. Here, one can read nearly every idea that Hitler put forth about the Jews, in considerable detail and in full context.

This book is not merely of historical interest. It’s not just for experts and specialists in World War Two. Hitler’s analysis of the Jews, though hostile, is erudite, detailed, and largely aligns with events of past decades. There are many lessons here for the modern-day world.