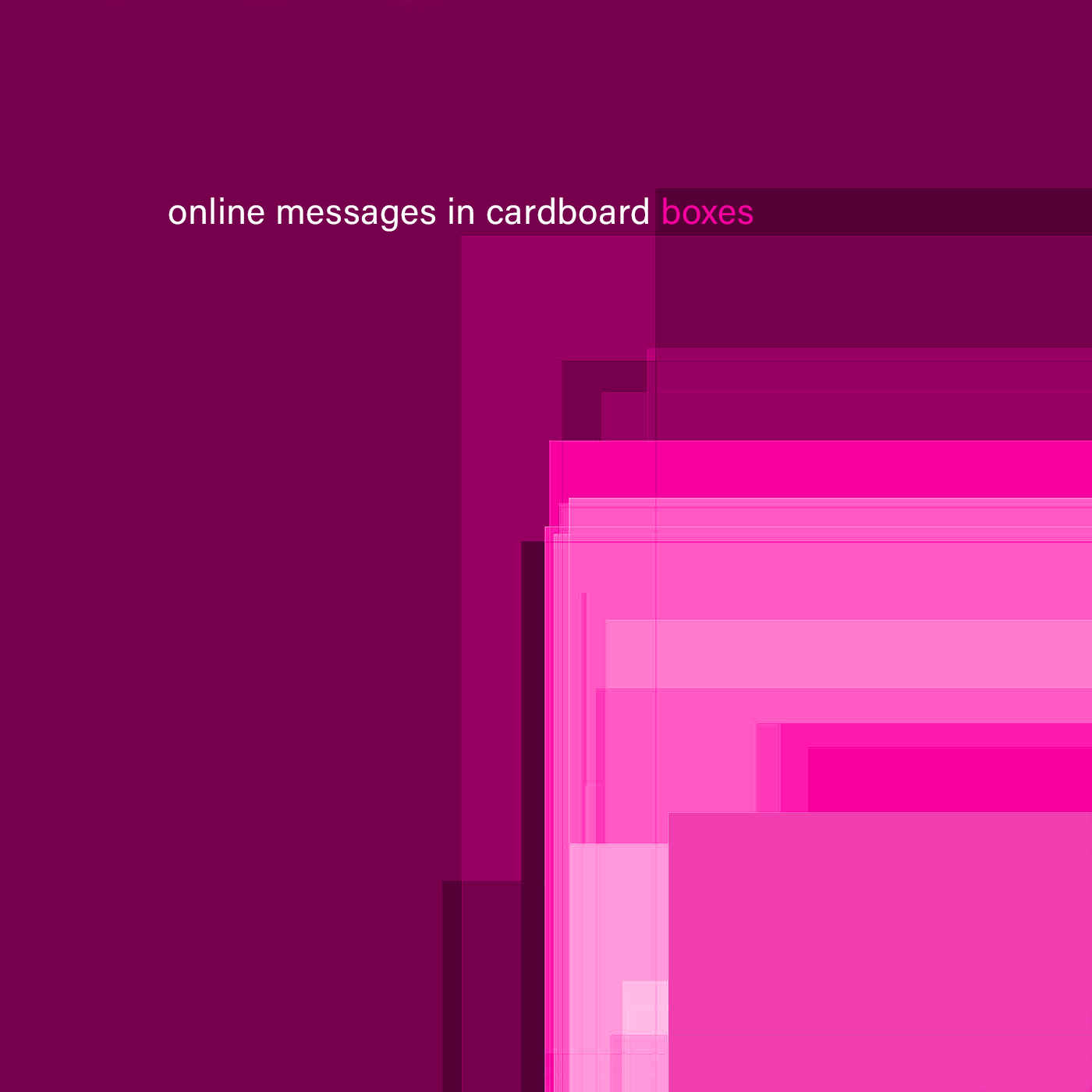 Following the steps of his debut album "These Elephants", Mathieu St-Pierre re-engages with the concept of cyberspace as a means to explore his ambient and drone compositional approaches via the pool of data that is the internet.

As a result, his second album and Mahorka debut "Online Messages in Cardboard Boxes" was constructed solely by scavenging the net for sound textures and later altering and arranging them to create unique soundscapes. So as much as there was lots of time spent designing the compositions, an at least equal amount of time was involved in the research phase. "Online Messages in Cardboard Boxes" is a voyage beyond the keyboard, the monitor and the WWW, it takes us on a trip from the busy streets of a virtual metropolis to the melted ruins of a broken e-map. Each track was conceived as a gateway to the cloud of our mind.