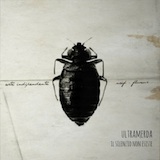 Heraclitus said everything flows (panta rhei). Those there that do not flow are not able be counted among everything. Those that are in silent will not tell the flowing (The teller cannot silence). Well, does that mean that it does not exist. I am the same as not being in this world as I stayed silent for a while. In the past few hours I have not talked to anyone, where and how did the world flow through without me. How can I return to the world where everything is flowing after I break the silence. From the very beginning, where does the world exist. Where is the place I should return to. Markus Gabriel questioned why the world does not exist. Perhaps the world does not exist anywhere from the beginning. In that case, I will never think about the world where everything flows as long as I am in silent quietly. The world exists outside of the silence. Only everything that forget silence flows in the world. Silence is non existence.

Ultramerda is an outrageous shit. It is not a person. Also, it is not a group of people. Therefore it is neither a man nor a woman. It is an animal and it never exists historically. But merda is Italian as you know it. Italian is a language used by particular humans. So, we can see that Ultramerda has come from around Italy it is located in the southern part of Europe. To that evidence, Marzio Lowe who have composed Ultramerda, is based in Cazza, Bergamo where the mountainous region of northern Italy. What is Ultramerda for Marzio Lowe. Is it his other personality. But Ultramerda is not a persona. Is it a creation. However, Ultramerda does not exist as a representation that is expressing or expressed something. Well, is it just a merda of Marzio Lowe. Ultramerda is certainly excreted out there when a human being fully turns to an animal.

Ultramerda is sometimes a noisy hardcore rock sound, sometimes wields a jungle beat and sometimes casts the awakened psychedelia, sometimes being a heavy lump of lead, sometimes floating with the rhymes by the weeping guitar. Ultramerda has no entity. It is not a band, nor it is a form of human beings playing musical instruments. This is music belonging to the field of beasts. Ultramerda has no face. Therefore, that sound has a very creepy acoustics. It makes me think that sight of Yokoyama Sakevi holds Hello Kitty. Or maybe, this is a distant relative of Ultra Bide that led the Kansai No Wave in the late seventies. Ultramerda shows that the rare world such as unexpected to the ordinary people exists still on this planet earth by its musical wake. It does not produce anything. It is neither known nor forgotten. It resonates only in the silence of non existence.

Album Description:
This album contains a scurrilous language and for its content should not be heard by anyone.