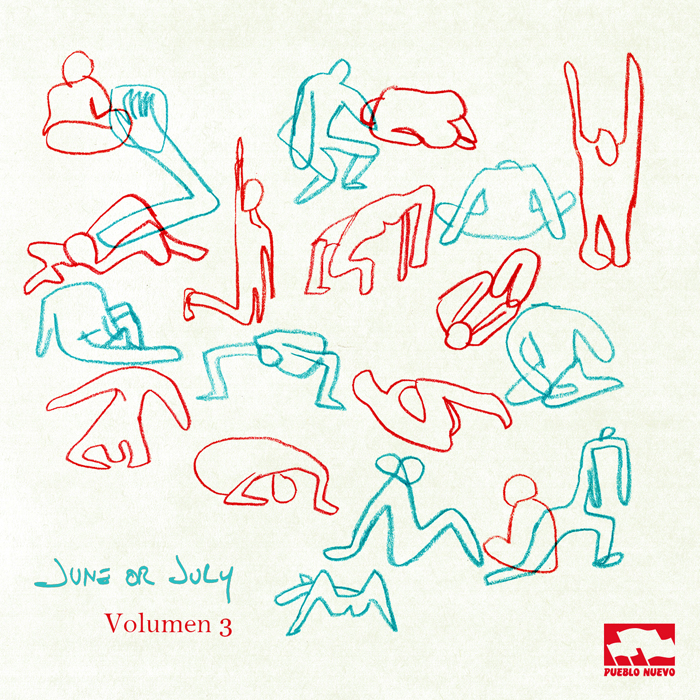 by
June or July

Jose Jünemann has a music career that spans over a decade as a member of Familea Miranda, Mota and Ratpenat. Early in 2014 he started releasing some of his own works on BandCamp. This release is the third in the series of works that he produced last year.

According to some of the notes that I have read, this release is about the inner-revolution, about internal and external conflict, and the individual or collective truths behind these conflicts. It’s not difficult to see where Jose’s sympathies lay on this release from the dedication to “…the more than 500 children killed in Palestine.” to the quotes from former U.S. President Jimmy Carter talking about how there is a form of apartheid ad subjugation being practiced against the Palestinians on the track “The Attack”.

It is also telling that there are tracks that reflect the transitions, or movements towards or between conflicts. Pieces like, “Walking over Debris” and “Searching in the Rubble” signify the periods between conflicts. When you cannot avoid the results from a conflict as if forms a path between events in your life. Or the need to search for the thing(ss that were lost during a conflict.

That’s not to say that everything on this release makes sense. “Running Away From Numbers” is a great tune, but I don’t quite understand how it fits in with the themes of conflict and truths. I think this is a case where Jose is trying to extend his premise in some way, but it it too abstract to be directly understood. Or possibly there is something lost in the translation.

But the overall concepts of conflict and truths still stand. Looking at both the internal and external forms of conflict make this release seem a bit less introspective than many of the releases I’ve heard in the past year or two. And that is something that may add a bit of appeal to this release. It’s sometimes easier to be more passionate about world events than it is to look at yourself. However, in that passion for the world around you, you may just find out something about yourself.

Conclusion
This is a rare release these days as it focuses on the world around us, and is not specifically introspective. However, in examining conflict in the world, it allows the listener the space to examine themselves, learn about their inner conflicts, and the truths that are universal to both the internal and external conflicts. I can’t imagine a better first release to have found on Pueblo Nuevo than June or July: Volumen 3.

Uploaded by mika martini on November 7, 2014