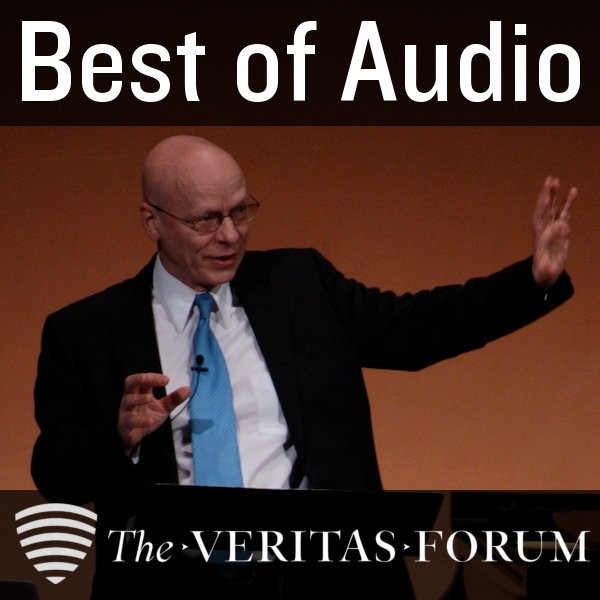 Best of Audio » The Veritas Forum

Staff favs from 20 years of Veritas! Updated Saturdays at 6am EST. Hosting hundreds of scholars at dozens of college campuses, The Veritas Forum is an opportunity to explore life's hardest questions in relation to the person and story of Jesus Christ.

http://www.veritas.org/talks - If God is all-powerful, why doesn't he end human suffering? How does the story of Jesus make sense of the fact that God allows such a great deal of pain? NY pastor and author of The Reason for God﻿, Tim Keller responds at the Veritas Forum @ MIT.

The right to religious freedom has been accepted by dozens of nations around the world, but how are we doing as a global community? Baroness Caroline Cox, a nurse, a Christian, and a cross-bench member of the House of Lords, provides an update on religious freedom, telling stories from around the globe that will challenge, shock, and hopefully inspire you.

“I am the Way, the Truth, and the Life,” Jesus said. “God is dead,” claimed Nietzsche, thousands of years later. How can we make sense of these two prominent figures in intellectual history? Which really represents the path to the truth? Join Dr. Dallas Willard and explore two of history’s most influential people in the world of ideas.

What are human rights? What is it about human beings that give them the worth that grounds ineradicable and equal human rights? Must this dignity, worth, or excellence be given by God? Join in a discussion on the nature and origin of human rights with Dr. Nicolas Wolterstorff and Dr. David Reidy. Thanks to Wikimedia user Morgankevinj, who released the photo under a Creative Commons license.

Are science and faith friends or foes? Aren’t they at odds? Even if they aren’t belligerents, perhaps they are so different that they have nothing to say to each other. Rev. John Polkinghorne, theoretical physicist, writer, and Anglican priest, shares his thoughts on science and faith at The Veritas Forum at Cambridge. Join the discussion about how we come to credible knowledge about our world.

John Stott, renowned Christian leader, and key author of the Lausanne Covenant, addresses the second Veritas Forum at Harvard on the question, Is Jesus Christ “Veritas” for the 21st Century?

As our moral sensibilities seem to drift further and further apart, we must ask ourselves, “What does it mean to be human?” For, as Ravi Zacharias, Christian thinker, writer, and speaker, reminds us, upon this definition all else hinges.

Two leading scientists discuss nature, knowledge, and faith from atheistic and Christian perspectives. What can science tell us about the meaning of life? Where are its limits, and—when we reach them—where do we turn for truth and meaning? Does faith in Jesus have anything to add? Ian Hutchinson, professor of nuclear science and engineering at MIT, is a committed Christian believer. Roald Hoffman, Nobel laureate, theoretical chemist, and professor of humane letters at Cornell, is an...

Are you on a spiritual journey? Come hear Mary Poplin, Professor at Claremont Graduate School of Education, share her journey, which took her to Mother Teresa’s Calcutta and beyond. Learn about her transition from radical marxism and feminism to radical love.

DESCRIPTION
Staff favs from 20 years of Veritas! Updated Saturdays at 6am EST. Hosting hundreds of scholars at dozens of college campuses, The Veritas Forum is an opportunity to explore life's hardest questions in relation to the person and story of Jesus Christ.

Archived from iTunes at https://itunes.apple.com/us/podcast/best-of-audio-the-veritas-forum/id497964119. Items in this collection are restricted.
ACTIVITY

Copyright
© All material copyrighted by The Veritas Forum

Created on
May 31
2019
arkiver2
Archivist
VIEWS