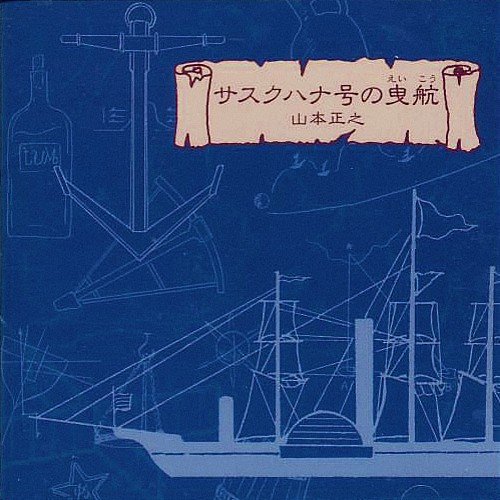 A 22-minute "chouhen" single released on July 27, 1994, 13 days after Masayuki Yamamoto's 43rd birthday.
The Susquehanna he was referring to is the USS Susquehanna, a navy ship launched in 1850 that made service in the mid-Atlantic region in the United States. However, the USS Susquehanna was made into a fictional story as the entire song centers on a young boy (possibly Yamamoto) and his dog Pisu. There are some Engrish dialogue around six minutes and 40 seconds in.
At the time I created this archived file, five sequels to Susquehanna-gou no Eikou have been released, all distributed by Bella Beaux Entertainment. (Part 2 was part of the second term of Single Bunko in 2001; Hoshi no Caroline was released as a live recording in 2007; Chichi no Sensou was part of the 2-disc album Otoko ni Saku Hana in 2010; Tenpou-Yamazaki Mura did the same treatment as the first in 2015; Showa no Hanabira and Pisu no Meiji Ishin were released into one single CD in 2019) These songs are part of what he calls the Chouhen Shounen Drama Series, so they are one of the longest in his career, the longest being around 40+ minutes!
This is uploaded under fair use and entertainment purposes.

The High Fidelity Emporium and Orchestrion