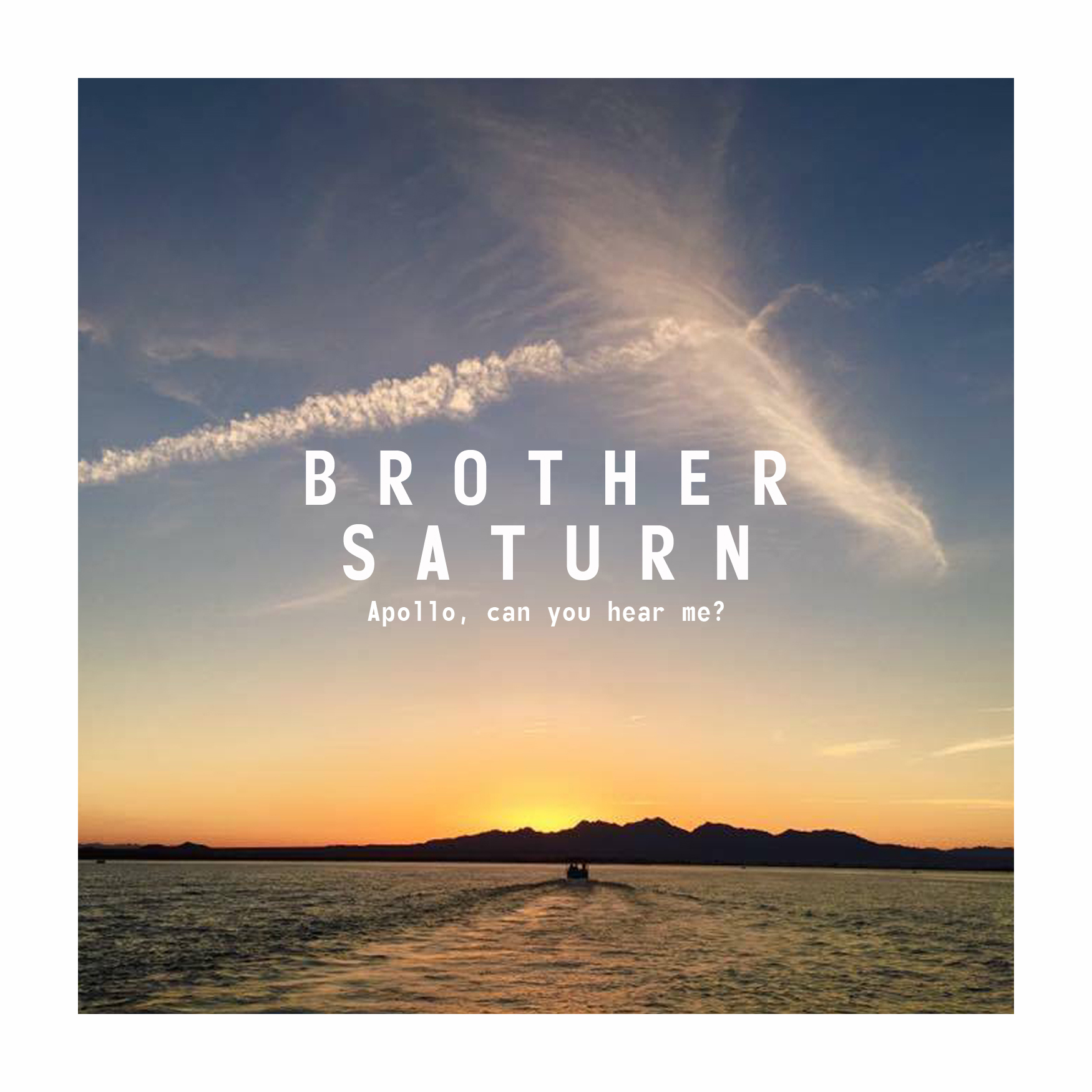 How do you follow up 12 hours of creative expression from a master & his friends?
By releasing the best work yet by Brother Saturn, that's how!
I was genuinely worried as to how to follow Cousin Silas' recent magnum opus (a series of recordings that have raised nearly £400 for charity at the time of my typing) but when I heard what Drew Miller aka Brother Saturn had for me, I was delighted.
"Apollo, can you hear me?" is possibly Brother Saturn's best work to date, certainly his best work on weareallghosts. It is an exploration of subtle, dreamy electronics in a languid, luscious longform ambient manner. It is as much about restraint as it is about expression, Miller has not let his wonderfully five-steps-ahead creative mind runaway but has, instead, kept it tightly constrained and, in doing so, created an engaging collection of tracks that are cohesive, coherent and downright enjoyable.
"Apollo..." is best consumed through a good pair of headphones, preferably in a darkened room so as to allow yourself to become full immersed in the otherworldliness of the soundscapes presented. Let your imagination run wild, take the cues in the music and create your own narrative and, in doing so, come to cherish this album, as I have.
Thanks to the generous support of folks like Cousin Silas ... Warren Daly … Kevin Lyons ... and the wonderful waag community ... I’m proud to be able to offer a 320kbps version of this release for free here on Archive with a lossless version available over on Bandcamp for ‘pay what you want’
I hope you enjoy this new music from Brother Saturn as much as I have.
-- Thomas Mathie

we are all ghosts
Netlabels